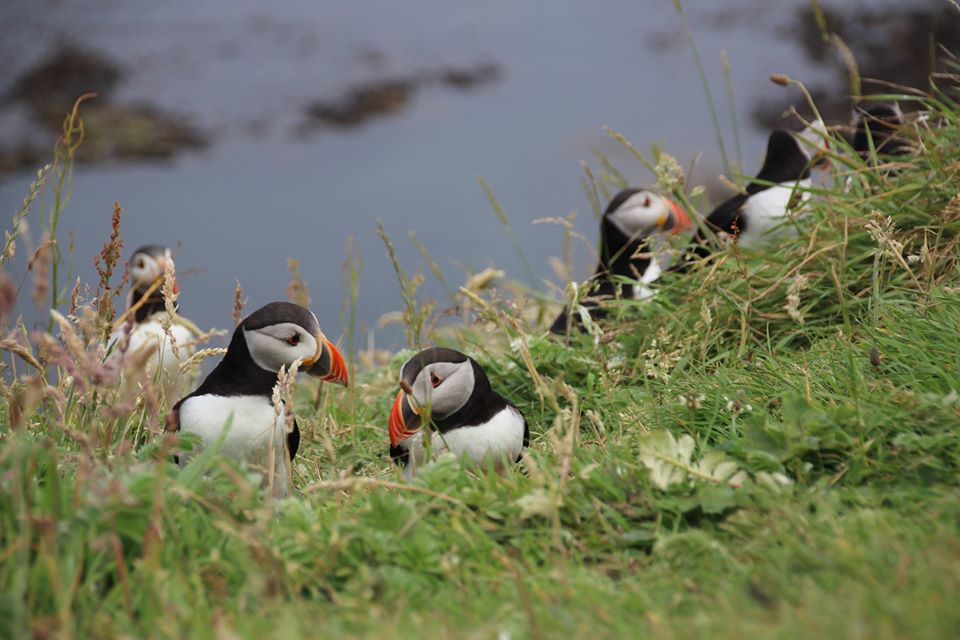 Perthshire is a beautiful county and contains so many wildlife-filled habitats – lochs, rivers, forests (it’s not called Big Tree Country for nothing), mountains, bogs and much more. But it doesn’t have a sea coast. I grew up in Angus at Lunan, very close to the sea, and I would regularly visit the beach to watch the seabirds and seals and go sledging down the dunes. My Dad and I used to cycle there on Sunday mornings and I remember watching the diving Gannets with him – we were both amazed at the speed with which they hit the water – and Cormorants holding their wings out to dry on the rocks at the north end of the beach. Little terns were nesting there then but alas, no longer.

Many years later I spent a season working as a Warden at St Cyrus National Nature Reserve, just up the coast, with one of my jobs being to keep people and dogs out of the Little tern nesting area. It was a hard job and I don’t think the birds had successfully raised chicks for a number of years due to a combination of disturbance and high tides. But it was a beautiful place to spend a summer with the best display of wildflowers across the dunes I had ever seen, and Skylarks and Yellowhammers singing throughout the day.

I love the sea and its wildlife and over the past 18 months – after working with a school and swifts in Carnoustie – an idea for a day tour to take in the best of the beaches & wildlife found in this area of Angus began to take shape. The Angus Coastal Tour was born! Designed to take in the most beautiful beaches, traditional Scottish food, noisy seabird colonies, colourful coastal wildflowers & the best sites to spots wildlife in the sea such as Grey seals and Dolphins, the tour promises to be a memorable day out.

Originally planned on starting in April, this has had to be postponed, probably until next year. But have a look at what we plan to do & the wildlife we hope to see – we look forward to seeing you there soon! https://perthshirewildlife.co.uk/angus-coastal-tours/